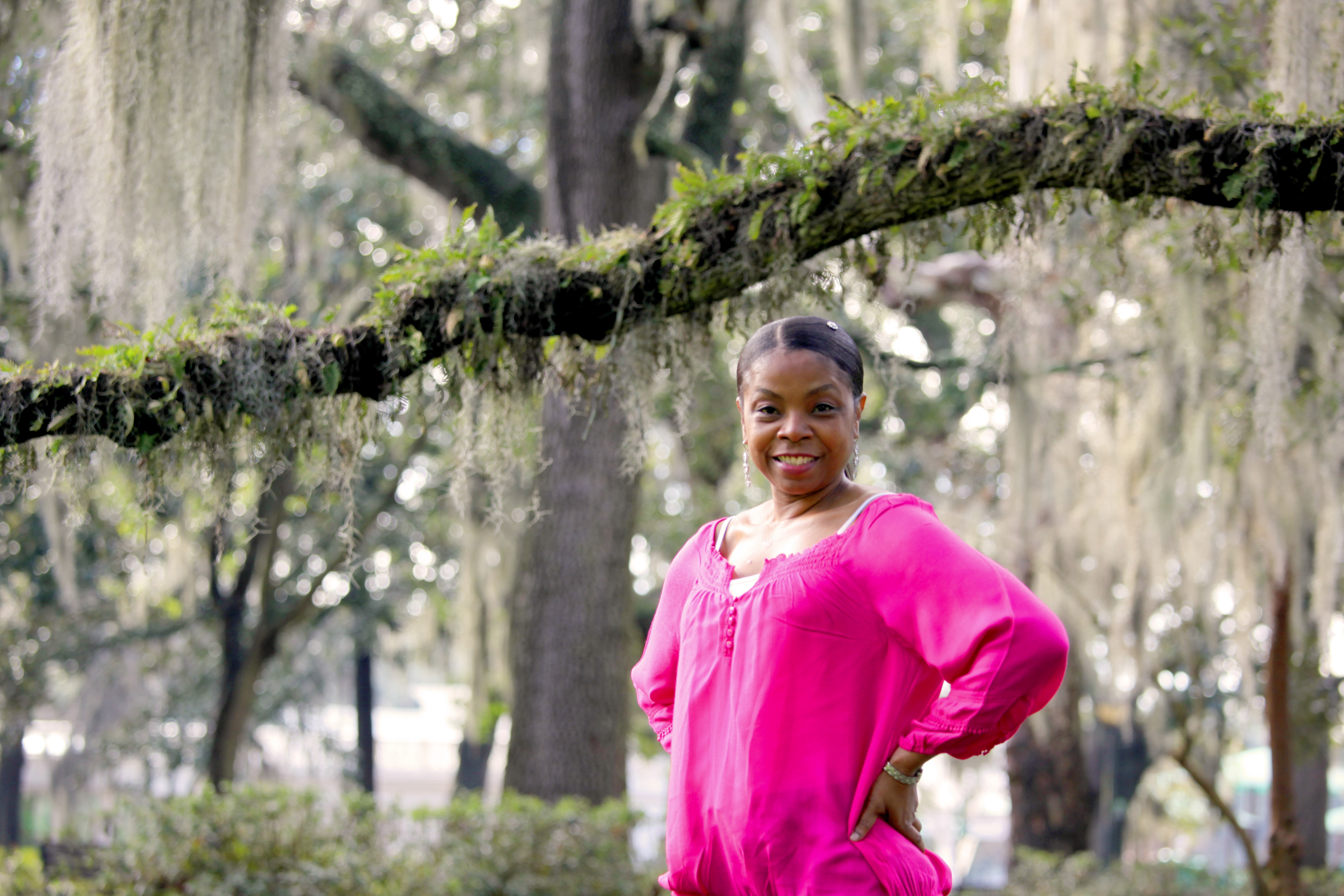 A Portrait of Positivity

This is not a story about breast cancer.  This is not an account of the devastation of diagnosis, the pains of treatment, or the gripping fear of the unknown.  This is not a story about a victim.  The journey of March’s Survivor of the Month, Latresisa Lassiter, is one that began on a winter day in 2012, but continues to this day.  Latresisa is a woman who refused to allow circumstance to define who she is, and used adversity to grow stronger in connections to her faith and family.  Her story is one of survival and finding an inner strength that not only carries her through hard times, but allows her the ability to share her courage with others.

In the summer of 2012, Latresisa had a full schedule and a busy life, full of activity and errands, with her family nestled in the middle.  “I’m a military wife and mother of five. My life is pretty busy having such a big family.  Taking care of home is my first priority… I love to cook, read, garden and do various crafts during any free time I have.  Eating healthy, exercising and being active are part of my daily life.”  As she prepared to relocate her family from South Korea to Coastal Georgia, she did not know how dramatically her life would change within a handful of months.

“While lying in bed, I decided to do a breast exam and felt a lump on my left breast. I wasn’t sure what it could be, but I wasn’t taking any chances.  I called for an appointment the next morning.  I had a mammogram, ultrasound, and biopsy.”  Less than two weeks later, she heard the news from her doctor that she had breast cancer and would need to have surgery.  While the news was a shocking blow, a blessing could be found in the fact that because Latresisa had been diligent with her self-exams, the cancer had been caught early.  “My cancer was only in one breast… I chose to have a bilateral mastectomy; I knew that was the best decision for me and my peace of mind. My surgery was on January 25 2013.  I had no lymph node involvement and needed no chemo or radiation treatment.”

Early detection is often noted as perhaps the single most critical factor in defeating breast cancer.  Latresisa’s story only helps to reinforce the importance of regular self-exams and screenings.  Even with no family history of the disease, she had been mindful of changes in her body and she believes that this important routine was vital to her survival.  “I realize how blessed I am because of early detection.  I know how critical it is for more women to be early detected and treated sooner.”

For a patient, the fight against breast cancer is a war with many fronts.  While the physical effects of the disease and the treatments offer their different sets of adversity, many find that the most difficult challenges are the emotional ones.  “When I hung up the phone my concern turned to my husband and kids.  How was I going to tell them something like this… the hardest part was telling my children.  My faith is strong and I knew it was about to be to be tested.  I decided to wait until after the New Year to tell them because I wanted them to enjoy Christmas and not worry about me.”  While others would find it easy, and even understandable, if she were to get down or feel sorry for herself, Latresisa focused on winning her fight and staying strong for the people closest to her.  “My family was devastated. I knew I had to put my feelings to the side and stay strong for them. Keeping a smile on my face for my kids and waiting for my pathology report to come in from a second opinion was tough.”

As soon as she learned of her diagnosis, Latresisa began to read as much as she could about the disease to prepare herself for the road ahead.  Becoming more informed about what she was up against was another important part of gaining the confidence that she would need to beat this disease.  “I started reading and educating myself so I could properly address the questions I knew family and friends would have, and I (the questions) would have for the doctors.  I found comfort in understanding my diagnosis.  The second opinion confirmed invasive ductal carcinoma with DCIS. I was armed and ready this time with my faith and education.”  Breast health education and advocacy are just two of the services that are offered through Susan G. Komen, and a variety resources are available by connecting with the local affiliate in person or online.

The strength, courage, and perseverance that a survivor learns through the fight against breast cancer are not simply traits that they use once and discard.  Rather, they become a part of who the person is and who they will become in the future.  Latresisa’s bout with cancer was neither the first nor the last time that her family would have to stare down tragedy.  Only a few months after her surgery, Latresisa’s family would once again face a crisis that was unexpected.  “Four months after my bilateral mastectomy, my world was turned upside down again when husband went into cardiac arrest.  I was in shock!  I once again had to dig deep into my faith that was truly being tested.  I felt broken but I knew I had to stay strong and in control.  My soul mate and best friend was in ICU fighting for his life and needed me more than ever.”

Despite the severity of his condition, Latresisa’s husband would pull through and the family would once again endure.  Looking back, Latresisa feels that the trials that she and her family went through have helped them all to grow in ways that they may not have seen at the time.  “Going through what I went through with him helped me to be even stronger in my breast cancer journey.  I take nothing for granted, especially time. We’ve always been strong as a family but nothing compares to the strength and love in our home now.”

Latresisa is a portrait of positivity, and it is her outlook and courage that have helped her to overcome not just a fight with breast cancer, but the many other challenges in her life.  She calls upon this sense of faith in the advice that she passes on to others facing hard time.  “Smile even when you don’t feel like it. Every day is a new day.”