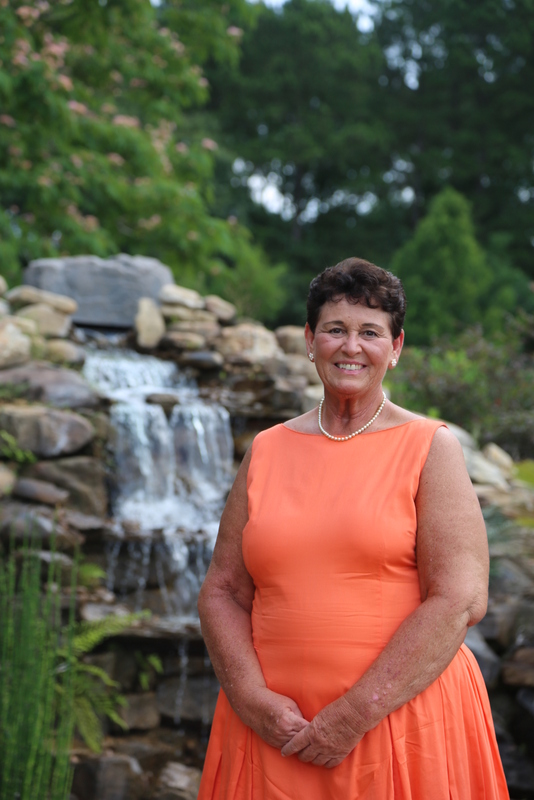 A rock is cast into the center of an otherwise placid lake, fracturing the surface and sending a series of ripples cascading outward in all directions.  The once-still waters are, in an instant, transformed into a portrait of commotion; tumult where there was once tranquility.  It is an unexpected collision that has lasting impact.  In the summer of 1997, Sharon Smith’s life was as peaceful and undisturbed as the waters of that pond.  At the time, Sharon was an advocate for public health as a professional and enjoying a healthy lifestyle of her own.  The prospect of facing a major illness was far from the top of her thoughts.  That would change in the month of June when she discovered a lump in her left breast.

“Before breast cancer, I was in the best shape of my life.  Rarely sick, no major illnesses.  I (would) walk two miles every day.”  Understanding and advocating for a healthy lifestyle had always been a big part of Sharon’s life.  To date, she has had a career in public health that spans more than twenty-five years, and in 1993, returned to school to earn a bachelor’s degree in Dietics.  It is a reminder that cancer is a disease that can enter our lives when we least expect it.  Despite her awareness of fitness and her best efforts to live a healthy lifestyle, Sharon would soon get some very unwelcomed news.

“I had a mammogram in January 1997, reportedly with no problems.  Six months later… I found a small lump underneath my left breast.”  From her diagnosis in June to her final treatment in December, Sharon’s life would become a turbulent journey of doctor’s appointments, worry, and challenges.  In total, she would endure a lumpectomy to remove the tumor, five rounds of chemotherapy, and 33 separate radiation treatments.  It was a grueling experience that has since helped her to put perspective on the things in her life.  “Having breast cancer made me realize how short life can be, and that my goal after breast cancer would be not to sweat the small stuff, and to live life to the fullest each and every day.”

Many survivors, like Sharon, who have battled breast cancer several years ago, did so without the benefit of the level of awareness, research, and public support that exists today.  “There was no support in 1997, I relied on my family and friends.  Cancer in 1997 was still taboo and you just didn’t talk about it.”  It is a sentiment shared by many survivors, who in the past felt compelled to fight their battle in the shadows.  Sharon is grateful to see the positive change in public perception that has evolved in the years since she faced this disease.  “I had my cancer removed July 1, 1997.  I had no idea where to go, or what to do.  I was terrified and scared.  I am so happy today for all survivors to have cancer treatment centers, nurse navigators, and organizations like Susan G. Komen for support.”

It is also one reason that many survivors from years ago have chosen to become involved in the support structure for those facing the disease today.  “I enjoy and feel honored to be a survivor support friend for other young women.  I give them hope for the future to live cancer free and still be active and full of life.”  Sharon feels encouraged by the many ways that organizations, like Susan G. Komen, are getting involved in the fight against breast cancer.  Providing an emotional support structure for patients and survivors, as well as the significant funding for research are two of the areas where Sharon has noticed the most impact.  “When I had Breast Cancer in 1997 there were no cancer treatment centers, no Komen, and the only support was family and friends.  (Komen research) gives me and all other survivors, young and old, the hope that with donations, research, technology, and volunteering there will one day be a cure for breast cancer, and I hope for a cure in my life time.”

Over time, the life of a survivor, much like the once-choppy waters of that lake, will eventually settle back to a normal routine.  However, when the silt settles and the waves subside, her life is the same but also forever changed by her experiences.  “Breast cancer is just a blip on the radar of your life.  Breast cancer makes all survivors stronger people and gives us insight to a future, with an entirely new family of men and women we would never (have) met, unless this disease had come into our bodies for a short time.”

The true beauty of survivorship is not always found simply in a determination to beat this terrible disease, or the display strength to preserve painful treatments and overcome terrifying realities.   Sharon, like many survivors, knows that the greatest badge of honor can be found in how the experience has affected her outlook on life.  She has learned that the true inspiration of a survivor is not found on an operating table or treatment center, but is revealed in the everyday moments that show how she has allowed this experience to help her grow.  “The ultimate courage is to live each day to the fullest, with no regrets.”