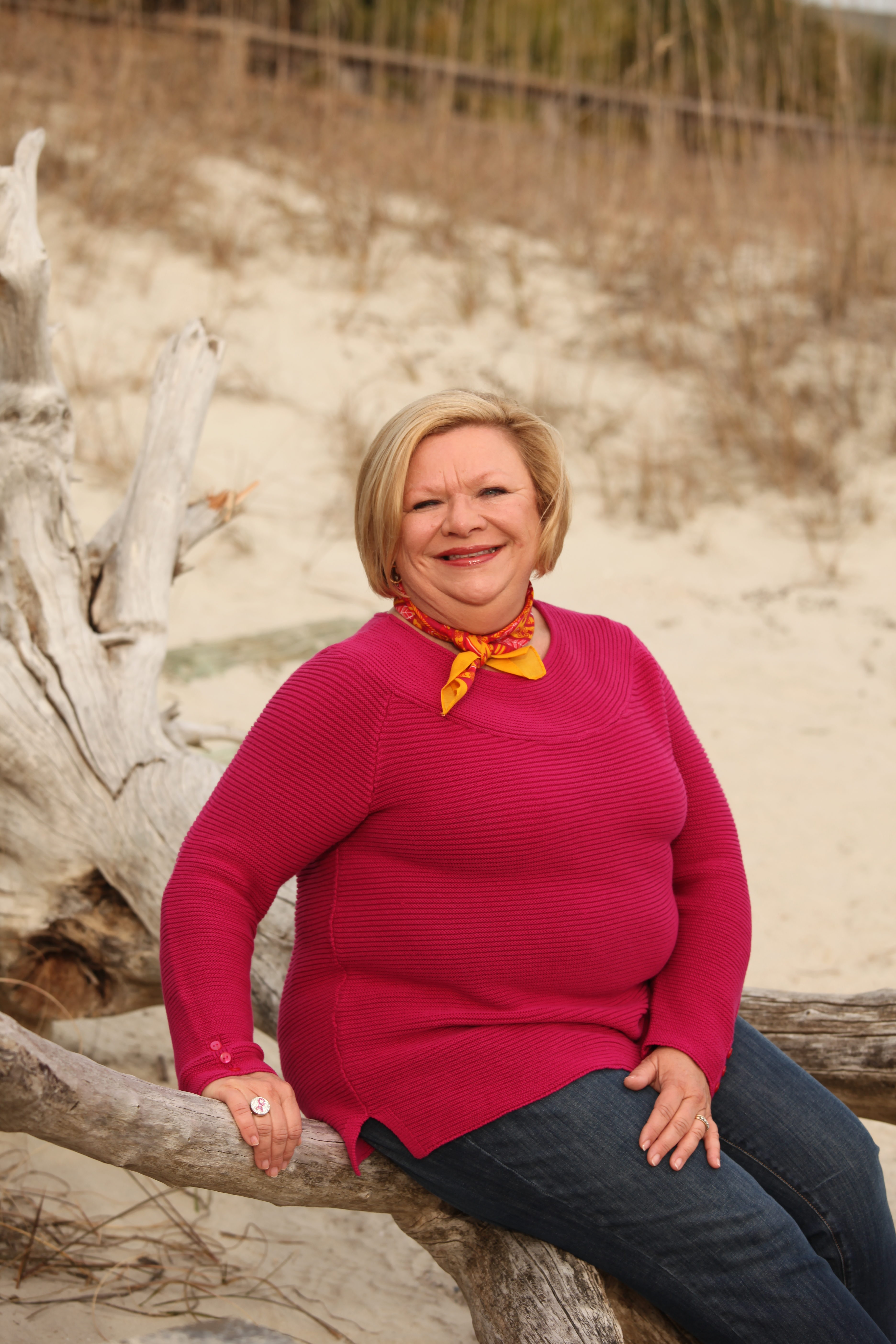 Effingham County, where February’s Survivor of the Month, Cynthia Grovenstein is from, like much of coastal Georgia, is blessed with some of the most beautiful flora in the entire South.  Blushing azaleas in the spring time, colorful foliage in the fall, and ever-present pine trees that rise up like gospel singers along the horizon.  Perhaps the most impressive features of the terrain are the many towering oak trees, draped in Spanish moss, that pepper the charming countryside.  The trees are a testament of time and perseverance, with massive trunks and a wood as tough as steel.  Many of these trees have been there for generations, through windy winters and grueling summers with punishing rains.  But no matter how big the storms have been or how unexpected the challenges that emerged, the trees still stand tall to define not only their own character, but also of everything else that surrounds them.  People are like this too sometimes.

When Cynthia was diagnosed with breast cancer, it came with muted surprise, as she had a strong family history of the disease.  Despite the storm of diagnosis and the torrents of treatment, Cynthia would soon emerge much like the oak tree: sturdy, faithful, and stronger than ever.  Cynthia’s journey with breast cancer would change her life in many ways, both physical and spiritual.  She would learn that her experiences were profound enough to change many things, from her profession to her outlook.  But above all, she would learn that the value of faith, hope, and courage is something that she could pass on to others.  She would learn that victory is sweeter than cane syrup.

At the time of her diagnosis, Cynthia was happily married and had a busy life spent keeping up with her seven year old son.  “I worked full time, took care of my family, and enjoyed being involved in my son’s activities, which included, sports and boy scouts.  My family and I are involved in our church. I enjoy spending time with my family, reading and spending time at the beach with my friends.”  Cynthia’s routine would soon change when she went in for a scheduled mammogram.  As a woman of faith and family, Cynthia would learn to lean on both of those things to weather the storm ahead.  “When I received the news, I was at work.  I called my husband and had him tell my parents and sisters. I arrived home to my loving husband, son, parents and sisters. We went to church for Lenten services and told our church family who immediately reached out to us and supported us the entire time.”

Those same oak trees that stand tall around the fields of Springfield flourish not only because of the strength of their wood, but also because the roots that they have laid are thick and tough, and pointed in the right directions.  Families are like this too sometimes.

When Cynthia learned that she would face the hardships of breast cancer, it was not the first or the last time that her family would hear such terrible news.  Cynthia’s diagnosis was the second of three such occasions in her immediate family.  Both her mother, Emmie, and her sister, Harriett, each previously celebrated as Survivor of the Month, would face this same journey with grace and perseverance.  Like her mother before her, Cynthia would lean on her families both at home and at church to help her through the challenges.

Despite the litany of pains and discomforts that accompany the fight against breast cancer, Cynthia was determined to hold true to the things in her life that meant the most.  Many survivors credit a sense of schedule and routine as an important part of their healing process, and Cynthia lived this example in her own journey.  “I had chemotherapy, stem cell transplant and 35 radiation treatments. I attended my son’s baseball game one week after surgery.  I was determined to remain active in his life.  I also sang in the Easter cantata six weeks after surgery.”

Throughout her treatments, Cynthia would connect with others facing similar challenges.  “Treatment rooms are an interesting place to meet people, there is a great deal of sharing of stories and laughing about the smallest incidences.”  These simple interactions in waiting rooms and doctor’s offices would be some of the first steps for Cynthia to realize her ability to help others in need.  Shortly after completing her own treatments, Cynthia made a decision that would alter the course of not only her own life, but also of countless others.  “I became a public health nurse about a year after I had completed treatments. I encountered women who received the news of an abnormal mammogram or biopsy, I would share with them that I am a breast cancer survivor. I have had many share with me how comforting my talking to them helped them through the surgery and treatment.”

It has been said that survivors become a part of a special kind of sorority, members bound together by shared experiences that are difficult to understand, let alone explain.  Survivors, like Cynthia, have a voice that is assuring and hard to ignore.  Cynthia has become a testament to what an invaluable ally the wisdom of survivors has become for those who seek it out.  “I have spoken with individuals and publicly on the importance of breast exams and mammograms. In a six week period, I had five women ranging in age from 27 to 56 diagnosed with breast cancer. One of my patients called me and said, ‘Had it not been for your persistence, I would be dead.’”

Cynthia’s journey is also an excellent example of the many different ways that a person can become active in support of the fight against breast cancer.  By partnering with her local affiliate of Susan G. Komen, Cynthia has been able to help in a variety of ways, from education and advocacy to fundraising and survivorship support.  In addition to participating in the race the past two years, Cynthia has also found a way to put her expertise to work for those less fortunate.  “I was on a committee who wrote for a Komen grant in our community for women who do not qualify for other programs. Many women received mammograms and follow- up as a result of receiving this grant.

The survivor is a special kind of person.  Like an oak tree, she is steadfast, dependable, and unwavering against the strongest of storms.  Cynthia lives this strength in her everyday life and in the words of encouragement that she passes on to others.  “Stay strong, keep your head up, smile and help others through this experience. No one knows better, than a breast cancer survivor the journey that lies ahead.”