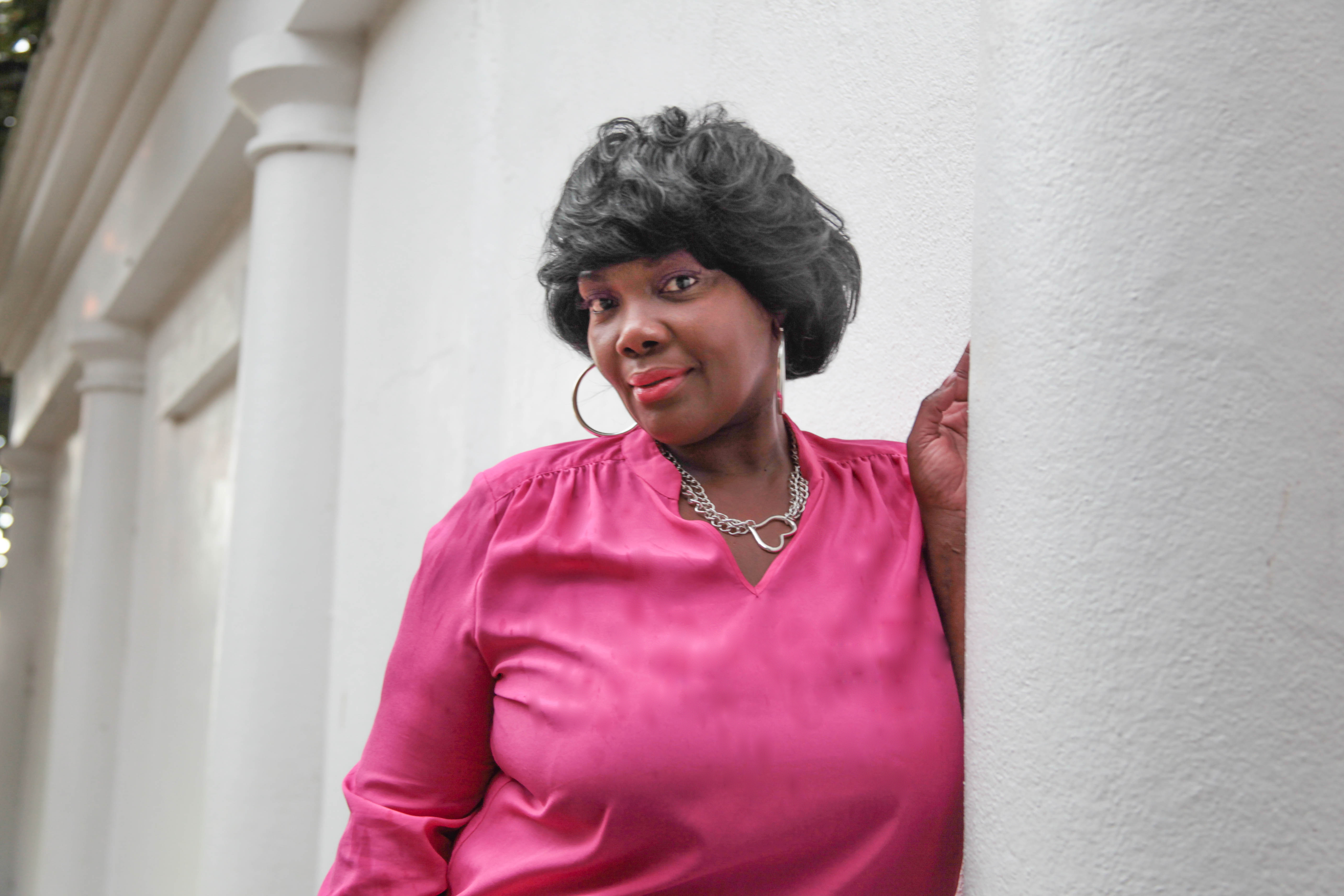 In many ways, the story of a woman’s life is essentially a journal of the different people that she becomes.  Inside each of us lie the many different rays of personality that help to define who we are and how we are seen by others.  For October’s Survivor of the Month, Thea Jenkins, that spectrum contains the story of a community activist, a hair stylist, a hard worker, a daughter, a mother, a grandmother, a fighter, and a poet.  In October of 2007, the resume of Thea’s life would include another entry: breast cancer patient.

In 2007, healthy living was something at the forefront of Thea’s mind.  She had re-dedicated herself to improving her own lifestyle and was enjoying fantastic success, losing over a hundred pounds and ending a smoking habit that had lasted for more than 10 years.  Thea had even chosen to make the health of others a priority in her life, by enrolling in school to complete an undergraduate degree in Healthcare Administration and becoming an advocate for healthy lifestyles to those she encountered.  The next two years would prove to be a busy time for Thea as she balanced the many important priorities of her life.  “I was in school and working, while being a fulltime single parent to my daughter Jewell.  I decide to work on my health, as I spoke to others.”  In January 2009, in large part due to a still unsettled economy, Thea made the difficult decision to close the hair salon that she had owned for more than 16 years.  “However, I didn’t let (the disappointment) stop me.  I continued to work in the industry of hair and work on my degree. Now (I was) a new me; healthy and more active than ever, until the unknown in October 2009.”

It was during that month that Thea would receive a text message from a friend, herself a breast cancer survivor, advising all of her friends about upcoming free mammogram screenings.  “At this time I was 40 going on 41, I never had (a mammogram) because of the cost and I felt I better jump on it… so my girlfriend that worked with me at that particular time said she will go as well. We both made the appointment the same day.”  Both women would get their screening completed and begin the anxious wait for the results.  Shortly after the test, her friend would receive a letter in the mail to advise that the test went well and there were no concerns.  Thea would receive no letter, but instead news of an abnormality from her screening and a request schedule for a biopsy.  “So my daughter and my girlfriend went with me to get my biopsy. I went around the 20th and I got my result on the 27th of October. I was called in by my nurse navigator; she told me that she wanted to speak with me about my results. So I called my daughter and she went with me.”  To hear the diagnosis of breast cancer can be an absolutely devastating thing to experience.  It would be understandable for someone to breakdown or to become bitter.  Yet in this moment, Thea would instead embody another important persona of who she is, an optimist.

“I (knew that I) was going to be alright, because God had his hand on me. My life had already begun to change for the better…I lost 109 pounds (and I) quit smoking, (I) had no choice but to get better.”  Many in the same situation might have trouble finding hope and begin second-guessing their situation or what they believe, but Thea had faith and a confidence that she would get through the ordeal.  So when the nurse asked if she had any questions, Thea replied that she had only one.  “Who is going to pay for this?”

Thea’s decision, to delay getting screened up to that point in her life due to the costs associated with the test, is an unfortunately common one.  In a world of rapidly rising healthcare costs, daunting deductibles, and surprise expenses, many women are forced to put their own health on the back burner due to financial concerns.  One of the most important priorities of Susan G. Komen Coastal Georgia is to provide access the healthcare to those who need it most.  75% of all money raised by this local affiliate stays in the local community to help those, like Thea, who need financial assistance with breast health education, screening, or diagnostics.  Komen Coastal Georgia offers those in the local community the opportunity to learn more about these resources at their website, https://komencoastalgeorgia.org/grants/.

From the moment of her diagnosis, Thea’s life began to change.  She has used her experiences as motivation to become an advocate in the fight against breast cancer, and has found a channel for her commitment with Komen Coastal Georgia.  “I made a promise to God, that when he brought me through all this I (would) speak it from the roof top of how I was saved through the resources which Komen had provided for me.  I have started a [program] under Komen called the ‘Pink Hair Warriors,’ a group of hair stylist professionals empowering (women) and men about breast cancer awareness.”

Thea has also turned to writing poetry as a personal outlet for her passion and determination.  In her poem “Warrior,” Thea calls herself the “anonymous writer,” a metaphor for the ownership that she took in her fight against breast cancer.  The message of her poem is both simple and profound.  “I am the writer in my health, to make all decisions that save me in the end.”

Because of early detection and the courage to persevere, Thea’s story is not complete.  As she continues to thrive and pursue her dreams, she can do so with the confidence that she has already added perhaps the most significant line to the resume of her life.  Survivor.