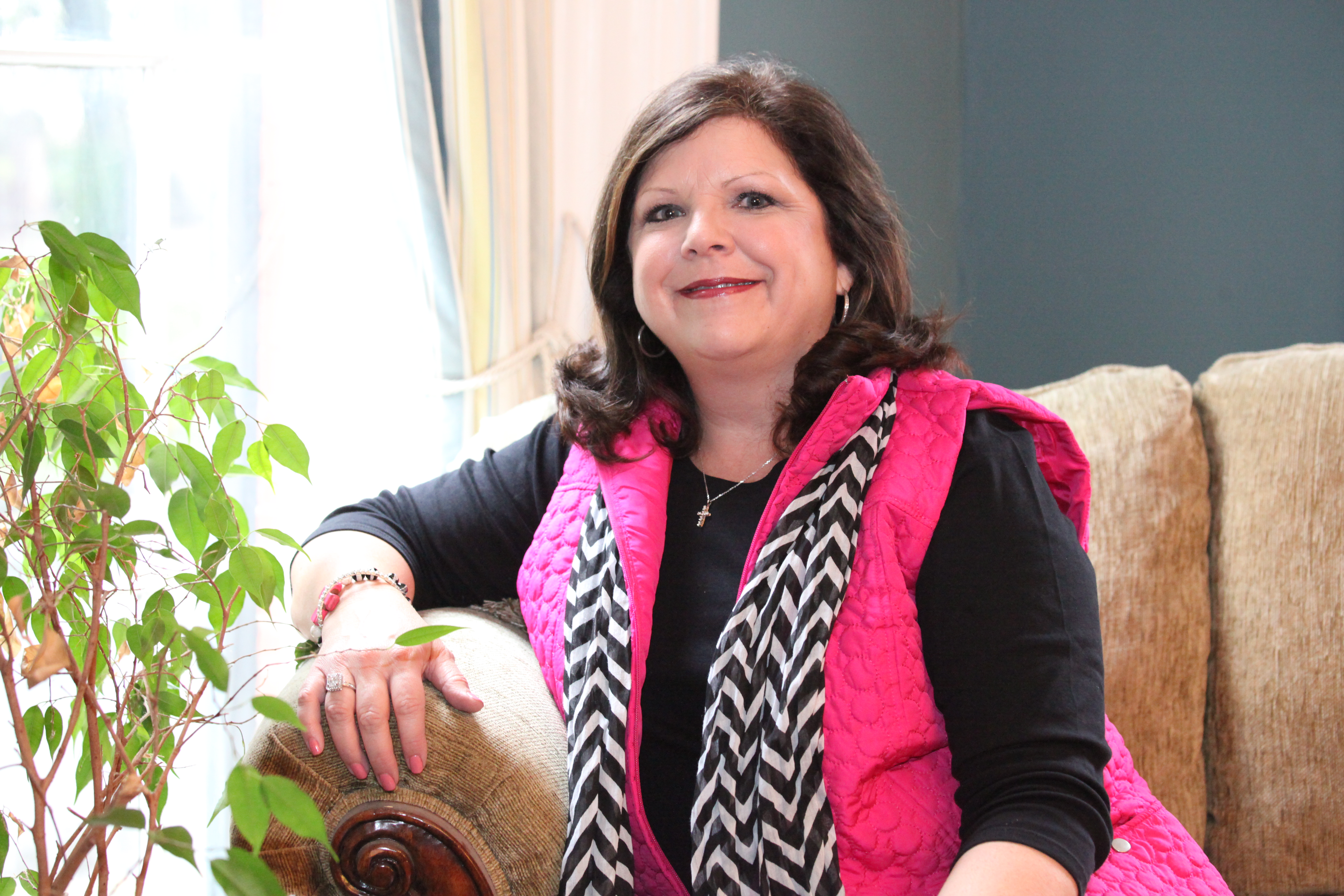 They fill the pages of our comic books and grace the screens of our most exciting films. The notion of a superhero has endeared itself to our culture in ways that have transcended generations. Part of the appeal of these grand characters is the fact that in the darkest moments and times of greatest challenge they rise up to exhibit strengths that we can only dream of having.  The heroes of our imagination are characterized by capes and cowls, loud uniforms and fantastic powers.  In real life, however, heroism is much more subtle.  December’s Survivor of the Month, Harriett Snooks, knows all about the courage it takes to preserve through terrifying peril.  In 2005, she would receive a diagnosis that would change her life forever.  Through her journey, Harriett would become a hero like no other and would find that her strength is not defined by x-ray vision or the ability to fly, but rather by perhaps the most important powers one can acquire: courage, hope, and enduring faith.

Like most of the mild-mannered among us, Harriett’s life before being diagnosed with breast cancer was full of routine and activity.  “As a wife, mother of four young children, and working full time as an Instructional Supervisor at my child’s elementary school, life before breast cancer was busy, busy!  There were always dance recitals, cheer events, baseball games, church activities and of course the usual day to day family routines and schedules where I ran the roads in my ‘taxi’ as one of the many moms on the go!”

As the daughter and sister of breast cancer survivors, the disease was something that was always in the back of Harriett’s mind.  “I was very proactive in making sure that I went for regular checkups and mammograms.  It was time for my routine mammogram, so the appointment that I diligently made each year and kept was put on the calendar again. Unfortunately, the appointment this time went in a different direction.”  On Memorial Day of 2005, Harriett would learn that she too would have to face down this terrible foe, as the biopsy results confirmed that she had breast cancer.  “Of course, this is not the news that I wanted at 41 with four young children, however, with my family history, it was not a big shock. I have always said that not knowing is so much worse than knowing. So then the treatment plan began and I was off with a different hectic and busy schedule.”

Over the next year, the parade of dance recitals and baseball games would be replaced by different routines of doctor visits and unpleasant treatments.  “Within a month of my diagnosis, I had a bilateral mastectomy. Upon healing from my surgery, I had nine months of chemotherapy followed by a month of radiation. Little did I know that my busy, hectic schedule would remain but not for my children this time, for me.”  But despite the setbacks and challenges, Harriett maintained a positive attitude and endured.  When dark clouds emerged on the horizon, Harriett leaned on her family and friends and summoned her faith as a compass to guide her forward.

“My husband and I have never allowed ‘storms’ to disrupt or have a negative impact on our lives.  With my ‘breast cancer storm,’ we stayed positive and remained focused with the end in mind.  God never said that our lives would be without ups and downs but he did say that he would be there with us throughout the journey.”  Harriett also sees her faith as a reason for many of the connections that she would make throughout her journey, a series of new friends that she would come to admire and from whom she would learn to draw strength.  “Along my journey, I met some amazing people. We would share stories as we sat in the chemo lab together and would look forward to seeing each other again at the next treatment. Before breast cancer, I would never have met these folks nor would I have been so blessed by their life stories.”

Harriett would also find an outlet to share her experiences through Susan G. Komen.  Increasing breast cancer awareness would become a calling to her, and she would leverage many of her new connections to speak to others facing similar challenges.  “As an educator, we always focus on how we can help our students to be successful and productive. The same is for breast cancer. Helping others become aware of steps to take for breast screening and educating them on other services and resources available to either prevent a storm or assist them on a journey through a breast cancer storm makes a huge impact.”

When a person finds inside of themselves a strength that allows them to overcome adversity, it is called inspiring.  When they choose to use that power to help others, it is heroic.  Harriett’s story is moving not simply because she was able to defeat a formidable villain in this awful disease, but because she did so with a sense of grace and dignity that she now lends to others.  Like the greatest champions of print and picture, Harriett embodies the spirit of a hero not simply through her own feats of courage, but because of the way that she hopes to empower others to find their own superhero inside.

“Finding strength is sometimes difficult to do but it is crucial when fighting against breast cancer. My message to anyone with breast cancer is to stay positive and rely on your faith, hope and courage to see you through one of life’s storms that we cannot change.”