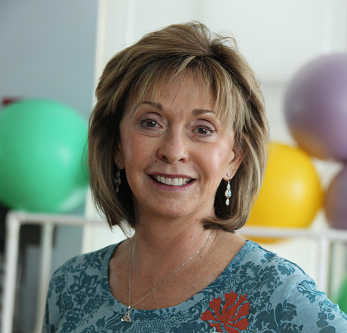 Sometimes the most difficult sound in the world to listen to is silence.  Patsy Herrmann, September’s Survivor of the Month, knows this well.  As she sat alone on a park bench, she listened to the mundane sounds of the world around her: birds chirping, children playing, the hustle-bustle of people passing by; and she tried to make sense of the news that she had just received.  “Everything out here still seems normal,” she thought to herself, “…but I knew that mynormal would never be the same… not ever.”  What began as a typical summer morning a decade ago would soon become a day that would change her life forever.

Breast cancer was not something foreign to Patsy, as her mother was diagnosed with the disease at the age of forty-two.  However, she admits that she felt caught off-guard by her diagnosis.  “Even though I knew that my chances of breast cancer were higher, I always thought that if I got past that 42 year old mark, I would be okay.”  However on that June morning in 2003, the 52 year old Patsy came face to face with the news which she was not prepared to hear.  “I was in a hazy fog as I was escorted out of the side door of the breast clinic, after being told to see a surgeon as soon as possible because there were ‘suspicious’ findings in my mammogram.”  Fortunately for Patsy, fighting back was also something that she had witnessed firsthand, having watched her mother win her battle to survive thirty-six years after her diagnosis.  Shortly after hearing her news, Patsy saw a message in a greeting card that she would take to heart and that would one day become her mantra in her battle with breast cancer.  “If you ask me what I came into this world to do, I will tell you that I came to LIVE OUT LOUD!”

From that moment on, Patsy was determined not to be a passenger on this journey, but rather to be the one holding the reins.  Her story since that morning in 2003 has been personified by the determination of that quote, and defined by the way that she proactively took control of her care and treatments.  After selecting a surgeon, Patsy set to the task of choosing an oncologist, interviewing five before settling on one who she felt would be the best fit.  “I think that we should all be self-informed.  Do the research, ask the questions.  I always go (to the doctor) with my page of questions.  Yes, even now, ten years later.  (I have) questions about new treatments, new medications, new trials, etc.  My doctor has kidded me over the years that if all of his patients were like me, he would only have time to see five a day.”  This level of involvement was not just a comfort to Patsy during the time of her treatment, she attributes it to playing a vital role in the success of her recovery.  “During my treatment period I changed my medications three times as new ones hit the market until I found one that my body could tolerate.”  Patsy would also learn different approaches to fighting the effects of the disease and medications.  “During my treatment period, I became acquainted with some alternative practices that helped me with pain, swelling, and keeping my system clean.”  Patsy would later apply the lessons that she had learned to become a licensed esthetician and earn certifications in reflexology, manual lymph drainage, and acupressure.  Her pursuit of these skills has been a calling for Patsy, who sees it as an opportunity to “pay it forward” to others who are battling breast cancer.

Patsy has chosen to fight for the cause in a number of other ways as well.  In 2010, she participated in a 60 mile walk sponsored by Susan G. Komen to honor the memory of a friend who had lost her 12 year battle with the disease.  Patsy has also volunteered with the ACS “Look Good, Feel Good” program that is available for women undergoing treatments.

Throughout her journey, Patsy has attributed her success to many familiar things, among them are faith, family and friends.  “In my hardest times I realized that I was stronger than I imagined, that Jesus was closer than I realized… I realized that I was loved more than I ever knew.”  Through the obstacles that she has faced and the victories that she has achieved, Patsy has found courage in a verse from the Bible from which she feels that other women may gain strength:  “…rejoice in our sufferings, because we know that suffering produces perseverance; perseverance character; and character hope” (Romans, 5: 3, 4).