May 2013 Survivor of the Month – Deborah Allen 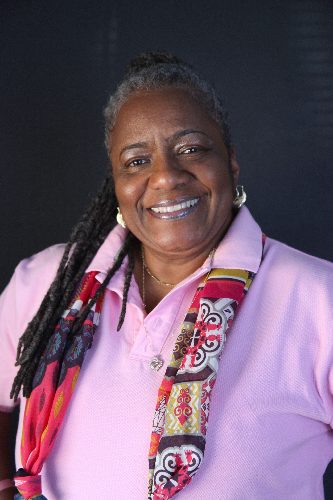 “Early detection is crucial for your survival!”

Friday, September 4, 2009, I had my annual mammogram.  Everything was pretty much routine that day.  I was so relieved when the Tech said everything looked fine and that I would be hearing from them soon.

About a week later, the card came in the mail, and for some reason, I did not open it right away.  After a day or so, I opened the card and read its contents.  They wanted me to come back in and repeat the mammogram. Several days later, I had a second mammogram of the left breast with magnification.  From that day on, it was a whirlwind of mammograms with magnification,   doctor visits, a needle biopsy of the left breast and tons of research on breast cancer and treatment options.

At the initial visit with the surgeon, he and the nurse entered the room at the same moment.  The look on their faces said it all.  “Deborah, it’s c-a-n-c-e-r,” he uttered while grabbing my hand tenderly. Fear gripped my every thought.  I really don’t know what else was said or done.  I left the office in tears, with a handful of brochures on the subject on the dreaded “c“ word.  After doing lots of research and having another talk with my doctor, I decided to have a lumpectomy followed by six weeks of radiation.

After the surgery, I could feel myself getting depressed.  My doctors picked up on it and prescribed an antidepressant. For several weeks, I could barely eat nor sleep.   My support system was my family and my best friend, Pat Shuman.   My son, Ato Myers, who lived and worked in Italy, stayed home with me for 6 months.  I found great comfort in the Scriptures, I began to study the Bible more and the Word of God began to soothe my soul.

I also began to read everything I could on breast cancer, especially breast cancer as it pertains to women of color.  I was very surprised to read about the disparity in preventive services, healthcare and survival rates. I wanted to do whatever I could to help my sisters, no matter what color they were.  I began volunteering for Komen for the Cure as an Outreach Volunteer and later joined Sisters Network Inc, where I later became President.  Komen’s focus was on empowering women and increasing access to breast health care for our local women, and I knew I wanted to be a part of that!

Breast Health Education and Advocacy is something that I’m very passionate about.  I’ve been a teacher all my life and now  I represent Komen at health fairs and other events distributing educational materials, answering basic questions about breast health and telling people about Komen and how they service the community.  I want to help save lives and I believe that Susan G.  Komen for the Cure is doing just that!