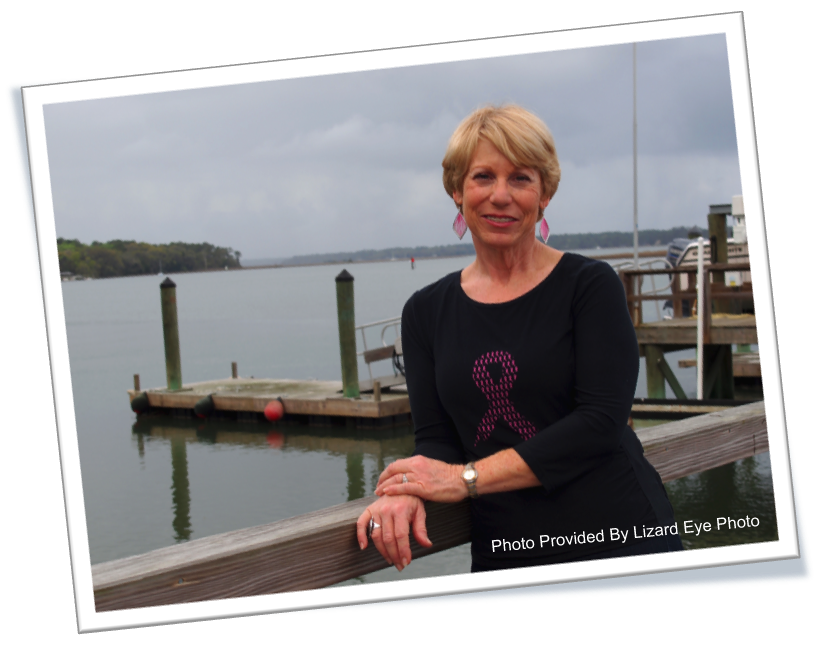 “I want to be that person!”

On October 19, 2009, Diane Weems, M.D., went in for her annual mammogram. When she walked into the mammography room she felt healthy and fine and had no reason for concern. When she walked out, she felt like her life had been turned upside down. The mammogram showed a highly suspicious mass. A biopsy was performed almost immediately and suspicions were confirmed. She had breast cancer.

“It was hard to fathom and I was in complete denial,” she said. “Although as a physician I tell women all the time that anyone can get breast cancer and one out of every seven women are diagnosed, it was still hard to believe it was happening to me.”

After a lumpectomy revealed that the cancer was larger than originally thought and spreading to the lymph nodes, Diane was told she had to undergo both chemotherapy and radiation. Hearing that, she said, was almost as hard as hearing the initial diagnosis.

“When I went for my first chemo session, I looked around and realized that I’m in this club now. I’m part of this club I never wanted to be in,” she said.

With surgery and treatments, the road to survivorship had begun for Diane, and thankfully, that road was paved with the support of family, friends, and co-workers. Her dear friend, Kathy, accompanied her to chemo treatments. Her husband, David, reassured her daily that they would make it through this process together, and her colleagues at the Chatham County Health Department offered empathy and understanding.

“I can’t imagine what it would be like not to have that support,” she said. “I was fortunate to have good friends, a strong family to come home to, and supportive colleagues who made it easier. Not easy, but easier.”

During the course of treatment, Diane lost her hair and got “creative” with scarves. As the Chief Medical Officer for the Chatham County Health Department and Coastal Health District, her job often requires her to conduct on-camera media interviews. Initially, the idea of appearing on television with no hair was admittedly a little scary. But Diane decided that continuing to work was an opportunity for her to get an important message across.

“I wanted to make a statement that you can get through this and continue to live an active life,” she said.

“I wanted to prove to myself that I could do it physically. But what it really ended up doing is lifting me up emotionally,” she said. “When I saw all of the survivors wearing their beads – each bead representing a year of survival – I said to myself, ‘I want to be that person.’”

In October of this year, Diane will be able to add another bead to her own survivor necklace. And she will continue to support the Susan G. Komen for the Cure by leading a team in the 2012 Race and advocating for the organization’s mission to end breast cancer forever.

“I was so fortunate because I had access to good healthcare and strong support from my family, friends, and colleagues. I see the resources that Komen brings into the community as part of the safety net for women who don’t have all that support,” she said. “I will continue to support Komen because I have a greater appreciation for what they do for women in our region. And I will continue to walk in the Race because I consider the walk each year a celebration of survivorship.”