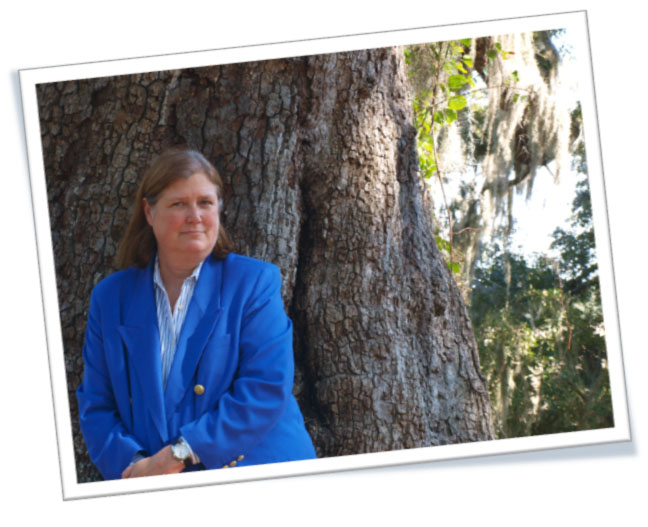 Savannah attorney Abda Quillian lived in Savannah as a small child. After graduating from Emory University Law School, she returned to Savannah and has called it home since 1985. She enjoys playing golf and looks forward to getting her swing back.

Her story with cancer began when Abda went to her yearly mammogram two months late, even though she felt something under her left arm. Though she knew that the radiologist had concerns about her breast, she was surprised when a problem in her right breast required further investigation.

After a needle biopsy confirmed the lump was cancer, she had a lumpectomy. Abda recalls when she got the phone call: April 20, 2009, at 5:23 p.m. “Fight or flight response kicked in,” she said. “I went with fight. I can remember thinking ‘Get it out, get it out!”’

Since four of the five margins were still cancer, she opted to have a bilateral mastectomy within weeks of the diagnosis. “I just wanted to get to the other side of it,” she says. She got her mother a mug that said “Cancer: 0 – My daughter: 1.”

Her fighting strategy was a hopeful one.  “Viewing cancer as a game or contest was easier for me.  I could see this as a competition and muster all I had to win.”  She relied on Dr. Karen Panzitta, the radiologist would keep investigating her health isuue, and Dr. Paula Denitto, the surgeon on the medical team that got her through the surgery.

Abda says Susan G. Komen is strongly tied to her cancer experience. The first walk in Savannah was the day after her first surgery. The next year, she walked one mile of the race. She says the Survivor’s Reception the night before was amazing. “I looked around there and saw so many others just like me.” This was important to her because she had read some of Pema Chordron’s work and the importance of finding people in a similar situation. “The feeling was so supportive and empowering. This year I want to do the full 5k.”

Komen’s promise is to end breast cancer forever.   Abda hopes that this organization will always be a part of her life and that she will be able to pay its services to her forward to others. Not only has she sent e-mails about supporting for cancer research funding to all the member of Congress representing Georgia, but she also organized meal delivery for women as far away as Canada. “I like the fact that they only know someone in Savannah, Ga., who owns a really cute Yorkie, did this.” She also helped make sure a local woman got bus tokens to get to work while receiving treatment.

Another part of Abda’s support system was posting on message boards on the Internet. Getting fast answers from women in a similar situation has been comforting.

Getting mammograms and encouraging your friends and family to do the same is the first part of prevention and health. She says, “If you receive a diagnosis, breathe. Ask all your questions. Talk to others. Make a fight plan and get to fighting. And when you are a survivor, remember how scared you were and become part of someone else’s ‘just like me’ world, so it is not so scary for them. As a survivor, I never want to forget those lessons.”