You are here: Home » About Us » Contact Us » Board of Directors

The Board of Directors functions to advise, assist and aid in our efforts to support breast cancer education and outreach programs serving Komen Coastal Georgia’s service area. 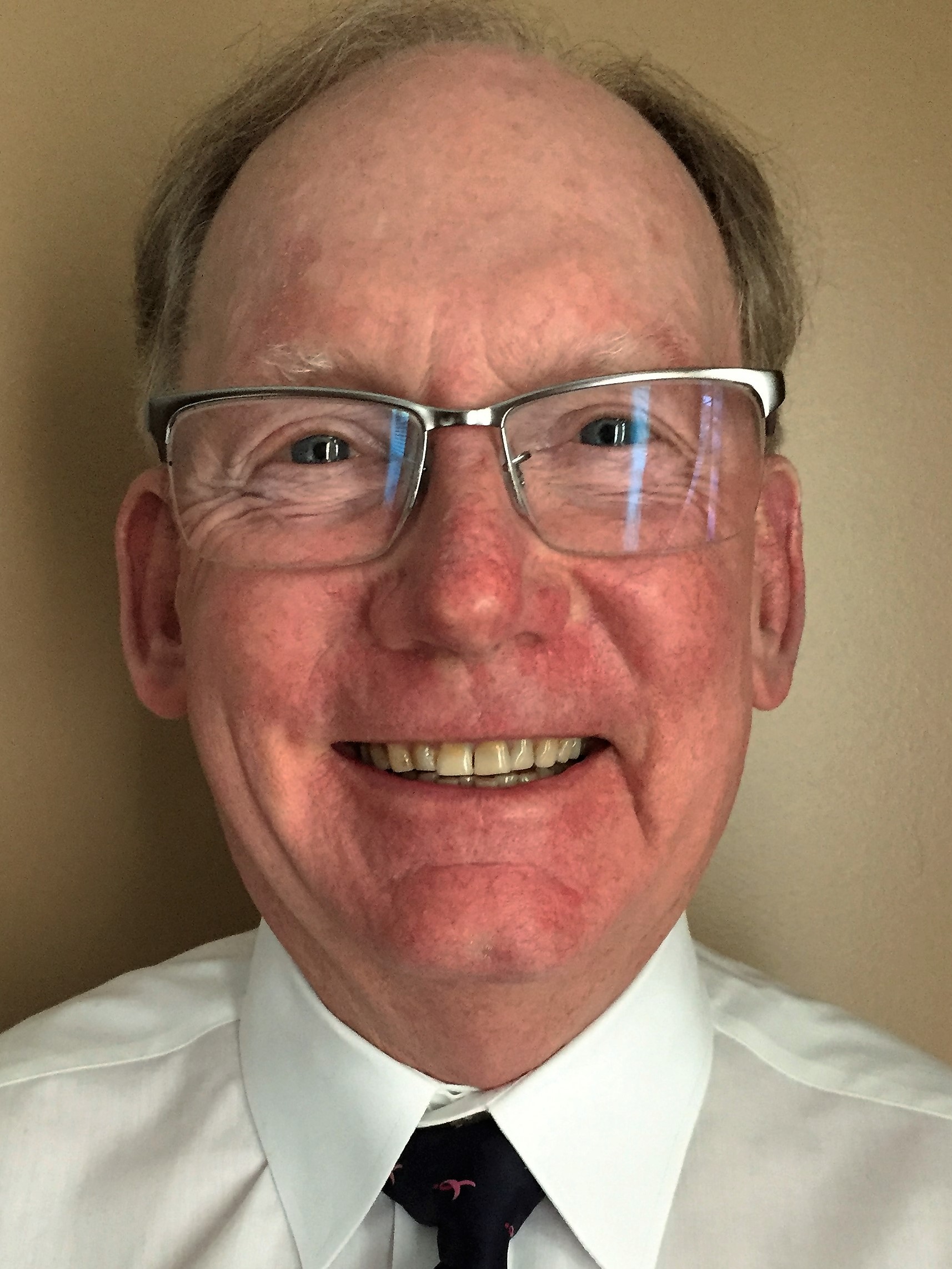 Dr. Ray Rudolph is a recently retired breast surgeon after practicing at Memorial University Medical Center for 30 years. The last 15 years of his surgical practice was exclusively dedicated to the care of women with breast disease at the Center for Breast Care, the first breast only practice in the region, established with his partner Dr. Paula DeNitto. He was on the committee that applied to Komen for the Cure to establish the local affiliate here. He has been extensively involved with the Race for the Cure in Savannah since its onset recently serving as the honorary race chair in 2015 and race co-chair in 2016. In November 2015 he traveled to Zambia, Africa and witnessed firsthand a population where 75% of breast cancers are diagnosed at an advanced stage. He witnessed the contributions of Komen for the Cure even in Zambia as was noted on breast health posters, literature, and our significant support of the national health survey and report of 2015. He received his M.D. at the University Of South Dakota School Of Medicine, completed his surgery residency at Memorial in Savannah, and received his Masters of Public Health from Armstrong University, Savannah. His wife of 43 years, Barbara, is a nurse practitioner, and he has 2 children and 4 grandchildren. 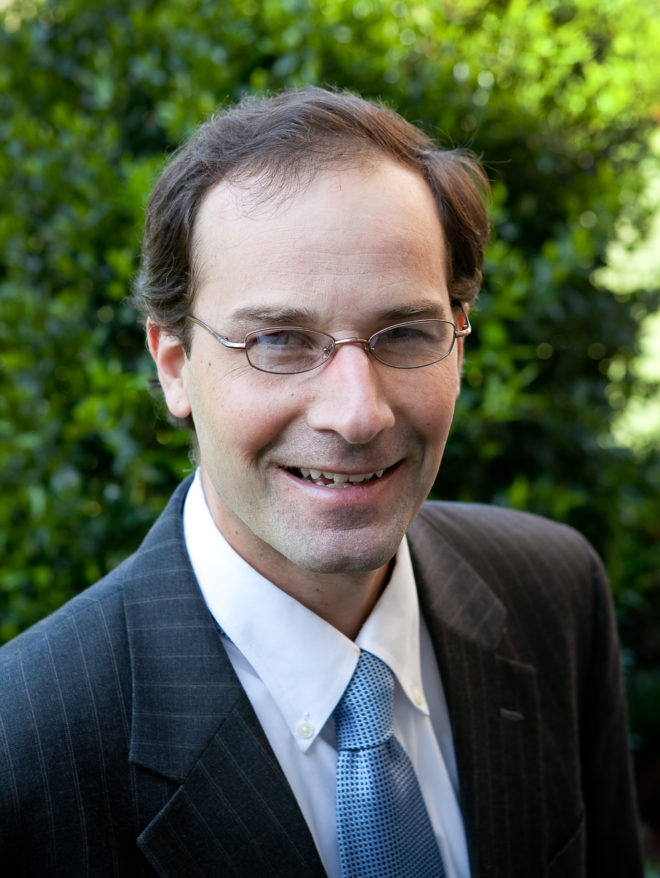 Danny Mahfet has over 20 years of experience in public accounting. He is a member of the American Institute of Certified Public Accountants and the Georgia Society of Certified Public Accountants. He holds a Bachelor of Business Administration from the University of Georgia in Accounting (B.B.A. 1996) and Economics (B.B.A. 1995).  Danny’s expertise includes working closely with privately owned businesses, along with the stakeholders, to meet and exceed their accounting and tax needs. His focus includes physician practices, automobile dealers, and professional service firms.  Danny is a 2010 graduate of Leadership Savannah and is a member of the Savannah Quarterback Club, and the St. Patrick’s Day Parade Committee.  He has been married to Alison for 15 years and has two children:  Grace (12) and Joe Joe (9). 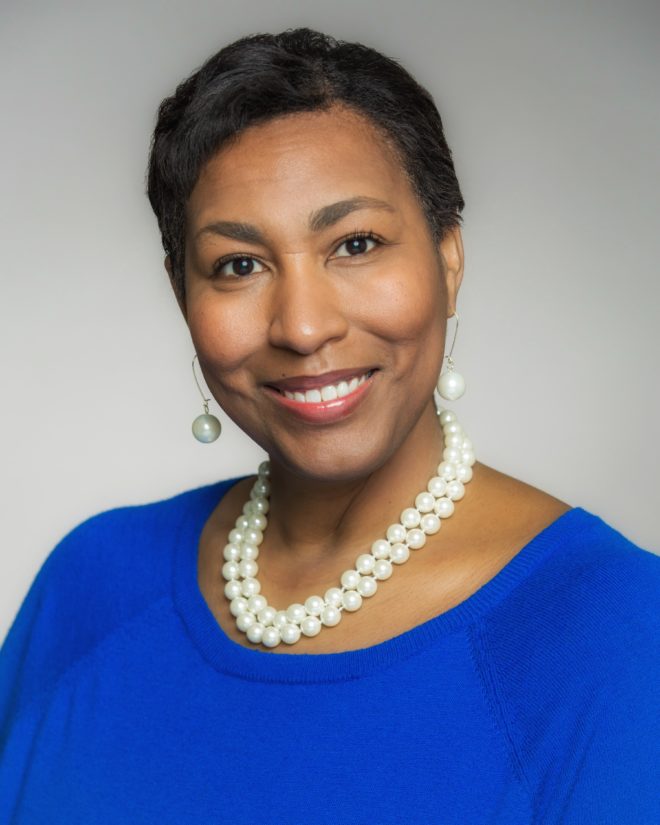 Erica Backus is Director of Public and Media Relations for Visit Savannah where she works with journalists around the world telling the unique and interesting stories of destination Savannah. Erica grew up in Statesboro, GA, graduating from Georgia Southern University in 1999, which is when she began her career with Visit Savannah as a college intern. Her love for the community compels Erica to serve on several community-based boards like Crime Stoppers, the Tourism Leadership Council, Blessings in a Backpack, Dawn’s Daughter Foundation, and the Coastal Jazz Association. Erica is a graduate of Leadership Southeast Georgia, Leadership Savannah, and was named one of Savannah’s 40 under 40.

Dr. Diane Weems retired as the District Health Director for the Coastal Health District in August of 2016. following a 30-year career with public health in Georgia. A Board-certified Pediatrician, Weems received her undergraduate and medical degrees from the University of Florida where she also completed her pediatric residency. She began her public health career at the Lowndes County Health Department in 1986 and relocated to Savannah in 1987, becoming a staff physician at the Chatham County Health Department. Later becoming the Chief Medical Officer for the Health District in 1993, she served in that position until appointed District Health Director in February 2013, overseeing all public health activities for the eight-county health district, encompassing the six coastal counties, and Long and Effingham counties.

Weems has been active on several community boards over the years and is a past Chair of the Healthcare Georgia Foundation Board and a founding member and past Chair of the Chatham County Safety Net Planning Council, among others. In addition, she has represented public health on several academic appointments and is the recipient of numerous professional awards including Georgia Public Health Association’s Sellers-McCroan Award and Al Dohaney Award for community service, and the Georgia Medical Society’s Health Care Hero and Physician’s Lifetime Achievement Award. She and her husband, Dave have two adult sons. 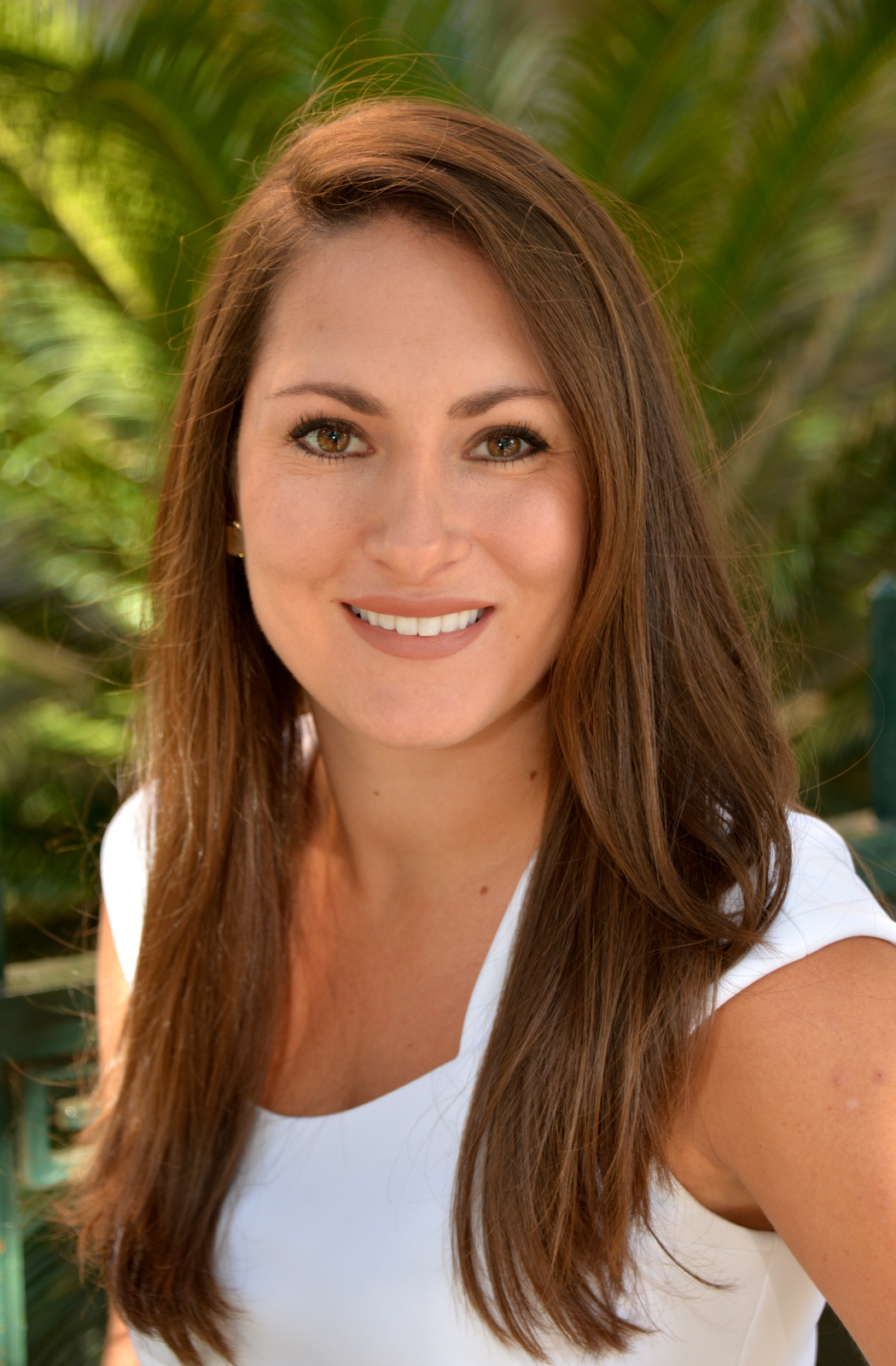 Emily Dickinson is Executive Vice President for Wet Willie’s Management Corporation, where she has worked since graduating from Tulane University.  A Savannah native, Emily is active in the community and enjoys giving back; currently serving on multiple boards including the Savannah Waterfront Association, Savannah/Chatham CASA, the Savannah Music Festival, the Historic Savannah Foundation, and the Georgia Chapter of the Leukemia & Lymphoma Society.  In her free time, Emily enjoys running, reading, singing, rock climbing, and cooking. 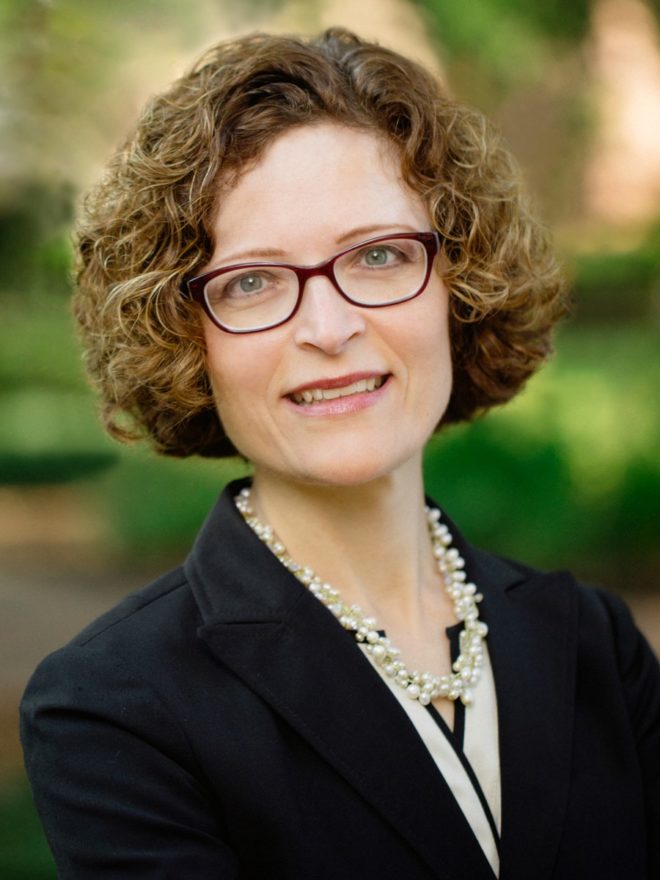 Sarah Lamar is a partner with the Savannah law firm of HunterMaclean where she practices in the area of employment law. She received her B.A. degree from Yale University and her J.D. degree from Emory University. Before private practice, she was a law clerk to the Honorable Richard B. Kellam, United States District Court, Eastern District of Virginia.

Sarah Lamar is currently the Co-Chair of the State of GA SHRM Government Affairs Committee and the past chair of Visit Savannah and ALFA International, a global legal networking organization. Sarah has been named as one of the “Best Lawyers” in Labor and Employment Law and a Georgia Super Lawyer. She is “AV” rated by Martindale Hubbell and the highly competitive Chambers USA legal directory highlights Sarah in its Georgia Employment Law rankings.

In 2006, Sarah’s beloved sister passed away from breast cancer at age 42. She is missed daily. Too many fabulous women are stricken with this disease. Let’s find a cure! 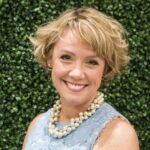 Larry Silbermann
Member At Large
Larry Silbermann is the Vice President and General Manager of WTOC TV. He came to Savannah and the station in the summer of 2000, first as News Director. After 10 years leading the news department, he was promoted to Regional News Director by Raycom Media, the corporate owners of WTOC.

Larry is very active in the community. He serves on several boards of non-profit organizations including the United Way, the JEA, and the Georgia Association of Broadcasters.  He was also in the inaugural class of Susan G. Komen Coastal Georgia Komen Big Wigs.

Starting out as a photographer for a newspaper at age 16, he transitioned into broadcast journalism in 1988. He has worked in various cities including Cincinnati, Louisville, New Orleans, Portland, and Syracuse.

This is not the first time he’s called Georgia home. While serving in the United States Army, he was stationed at Ft. Benning for nearly three years.

During his career, Larry has won many awards from the Associated Press as well as Emmys from the Academy of Television Arts and Sciences. 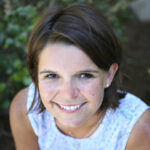 Robyn Iannone, CPA, is the founder and CEO of Iannone Workplace Consultants. With more than 25 years of experience as a corporate executive with expertise in the workforce and financial management, Robyn’s proficiency in organizational management includes performance/incentive management systems, onboarding, downsizing, team building, conflict resolution, and compliance. Her background includes roles as CFO in both for-profit and nonprofit organizations. 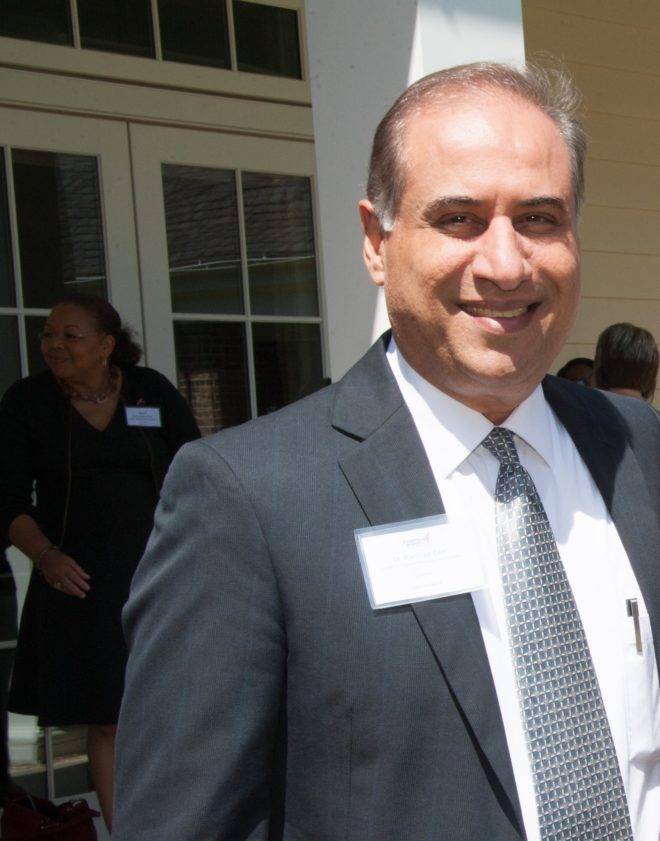 Dr. Zaer is the Medical Director at Curtis V. Cooper Primary Health Care, Inc. He is a Board Certified Pediatrician in Savannah, Georgia. Dr. Zaer has extensive knowledge of healthcare needs in Coastal Georgia. He moved from Bombay, India, to Savannah, to start his residency position in 1995.  Since then he has held multiple positions at St. Joseph’s/Candler Hospital and Memorial Health University Medical Center. He is also a Clinical Assistant Professor at the Medical College of Georgia and Mercer University School of Medicine. Dr. Zaer is a member of the Amerigroup Georgia Medical Advisory Council. 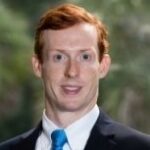 Kevin is a Certified Public Accountant focusing on tax and business solutions at TJS Deemer Dana, LLP. He graduated from Georgia Southern University with a Bachelor of Business Administration in Finance. He also received a Master of Accounting degree from the University of Alabama at Birmingham.